The currency of Denmark

The krone (in Danish dansk krone, plural kroner) is the official currency of Denmark and is subdivided into 100 øre.

The oldest Danish coins are the so-called korsmønter or “cross coins” minted by Harald Bluetooth in the late 10th century. Lund was the main minting place and one of Denmark’s most important cities in the Middle Ages, but in that era coins were also minted in places like Roskilde, Odense or Viborg.

The Danish krone was generally based on a silver standard. Periodically, the metal value of minted coins was reduced, as thus did not correspond to their nominal value. This was mainly done to generate income for the monarch and/or the state. As a result, the population started to lose their trust in the respective coins and the Danish currency had to be overhauled several times in an attempt to restore the public trust in the coins, and later in issued paper money.

The latter part of the XVIII and much of the XIX experienced an expansion in economic activity, and with it came a growing need for means of payment easier to handle than coins. Consequently, banknotes were increasingly more used than coins.

The introduction of the new krone was the result of the Scandinavian Monetary Union, which came into force in 1873 (and with it the new currency to be adopted two years later) and lasted until World War I. The parties to the union were the three Scandinavian countries, where the new currency was named krone in Denmark and Norway, and krona in Sweden, a word that literally means «crown» in all three languages.

The Scandinavian Monetary Union came to an end in 1914, when the gold standard was abandoned. Denmark, Sweden and Norway then decided to keep the name of their respective, now separated, currencies.

Denmark later returned to the gold standard in 1924 but left it permanently in 1931. Between 1940 and 1945, the krone was pegged to the German Reichsmark until the end of the German occupation. 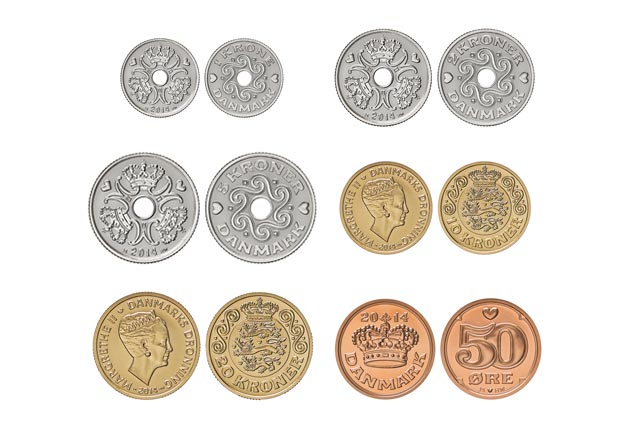 Interesting facts about the Danish krone: